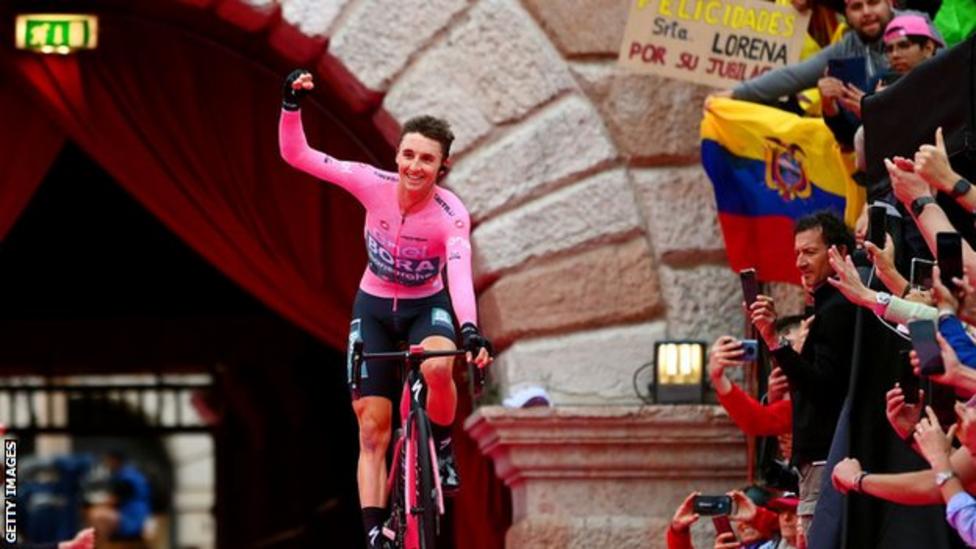 Jai Hindley became the first Australian to win the Giro d’Italia as the 26-year-old eased home on the final-stage time-trial.

Hindley, who had lost the 2020 race on the final-day time trial, had snatched the pink jersey and an 85-second lead from Richard Carapaz on Saturday.

Ecuador’s Carapaz went out hard but could not strike back on the individual race against the clock in Verona.

“It’s a beautiful feeling. A lot of emotions out there,” Hindley said.

“I had in the back of my mind what happened in 2020 and I wasn’t going to let that happen again, to be honest. To take the win is really incredible.

“I was getting updates and I felt pretty good on the bike. I didn’t feel like I was fighting it and I knew it was a decent ride.”

Spaniard Mikel Landa took the final spot on the overall podium behind Hindley and Carapaz, ahead of two-time Giro champion Vincenzo Nibali in fourth, riding his final Giro at the age of 37.

Matteo Sobrero of BikeExchange-Jayco ensured there was an Italian stage winner to sign off on this year’s race, with a time of 22 minutes 24.54 seconds on the 17.4km course.

It brought to an end an eventful edition of the Giro…